Taking a good half a minute to compose himself, Declan's hand trembles as he puts the glass down and attempts to slowly gain mastery over his quite evidently increasing anger. He's doing a poor show of it, as he's still red as a Lancashire rose and appearing to have seismic hand tremors as he feebly attempts to place them on the table. He makes a strained effort to speak, appearing as if he still has bite in him as he's meeting up into an alley way corner.

"How's that partial still emerging science faring there? Excuse me but I do believe that's the point of distance, to not be approachable. You're reading into what you've seen in perhaps nearing an hour, taking the anecdote of one man, and one story. That, I will say is not much to go on and could be due to my intoxication that day, mind, awful rhetoric that. Yet, you don't realize that I do keep tabs on mistakes I make, perhaps not evident to you both right now, as clearly, perhaps I should take the time to have some introspection, that would be desired and tactful, wouldn't it. Tell me, do you have nightmares of when someone died in your arms because of incompetence, should I even be telling you this? No, I shouldn't be, but this is your line of work..." He says, whilst facing Dr. Schmidt, where he proceeds to continue his diatribe now facing the only person Declan knows is understanding in this matter, even for the insult he threw on the field earlier, and recently again, as continued "... now, I've hardly the money on me for any else than drink, so bill me for the moments of your time but what is to be done for those nightmares I have of a dear friend dying... What do you suppose I do to make up for the mistake that weighs on me more than pushing people away and apparently looking down on others, which I still hold I hardly do?"

It was clear that Declan wanted anyone other than him to be on the spot, no matter how minor in degree to give himself some bought time to stop shaking, and more so to get back to where he just was before he was cast into this discussion. 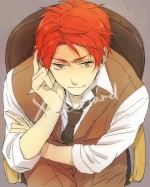 "Okay, Declan. You want to talk about nightmares?"

There was a sudden change in his eyes, a cold hardness as his pupils dilated and lids narrowed.

"I don't think I've told you yet – I doubt it, dodgy as you are; two, coming up on three months now, and this is the first I'm really talking to you – what I did before I came here? Before grad school, before sitting in classes, before coming back to civilian life. My first line of work.

"You're goddamn right I have nightmares.
Stupid word, 'nightmares.' If only they were limited to then. What I would give if it were 'someone' rather than 'every single one.'"

He heaved a heavy sigh, and his tone softened again.

"The past is inescapable. Immutable. No matter how much we may wish it weren't so.

"You want to pretend it didn't happen? You want to distance yourself, to cut yourself off from the world?
Fine. But don't expect anyone to give you sympathy when you won't even let them know the real you." 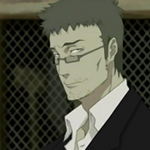 "What are you saying, cut myself off from the world? Sympathy? Whenever the hell did I make mention of that? All I asked for was what could be done about recurring thoughts and having that weight. Right-o, you were part of that racket, war. Does that make you any more qualified for this, perhaps. Does it answer what it was I asked. No. No, it didn't."

Declan gripped the table tightly to try to regain control of what were still rather restless anxiously shaking hands. He spoke firmly, doing his best to look Julius in the face so that there could be no doubt as to the certainty he gives his words. Seeing as though otherwise there will be something or another to attempt to pin-point. Rather he seem absurd and be unabashed than to be taken out of turn.

"Why on earth would I want to forget the reason I am here, doctor? I just want this, this one thing to end. So I can sleep, and not use the effects of this p-porter, to send me there straight. To be a sensible adult again..." This was interrupted with an uproarious "HA!" from Porter, the man, who was regaling himself watching these two go at it whilst taking a shot of his own. Just to dim his mind before they did. "...hmm... yes, right, and not have that be the opinion of me before I attempt making any attempts to reach out. I have to be able to be reached, and it won't be me drinking myself to a good night's sleep."

"Porter, can you give us a moment?

"I take it I wasn't quite clear enough in my choice of words.
Take it from experience: either you have to come to terms with what happened, or it will never cease to haunt you. It will consume all aspects of your life until you confront it.

"Perhaps this is not the best venue for this discussion."

[Time for me just to have fun with what's left of this thread. Feel free to abort if I get too silly. I keep procrastinating.]

"What better place for a drunk than this? Witness him in all his debauchery, and cast him from it as demons borne from one's very own sins. A rational man wouldn't believe in such, now would the liberal, no. Yet, you'd have me leave, for what? What has sense where there is none to be found? This was entirely serendipitous, of free will and yet you wish to dabble in propriety now?"

Declan's hands writhed and weaved their way through his pompous speech, having hoped to give rise to the same red flush of burning crimson shame and debasement to his peer in drink and drug. A smirk crossed his face, whether of madness or drunkenness was unknown just yet. Declan held that smug look for what seemed to be enough time for the band to roll in. Some outfit from Akihabara, four men of outlandish proportion, the drummer lithe and lean whereas the flutist was stock and stout, a guitarist with such a stone-faced countenance, he made the jester-like Declan seem twice the fool just by entering as he had. The last of which lacked presence and was almost missed on the two and even the barkeep who was told in no uncertain terms that there were three. A vote of reassurance by the stolid guitarist eased concern felt by O'Connor as he begrudgingly allowed the last of the band. A keyboardist who had seemed to forget even that before taking from a rather odd red-white-checkered messenger bag his instrument. At a glance, they seemed vanguard in dress and eccentric in manner, they were thus introduced as the "Anthem Corps" a folk band which played interpretations of war songs old and new. Declan frowned at this, knowing now that Dr. Schmidt might now be more inclined to ask for some reprieve and to find his way into the deep crevasses of his mind. Somewhere Declan would rather fill with heavy proof alcohol.

"Bugger, just as I was about to enter my St.Crispian's, fortune disregards my ruse. Well, sod is a trench for men who live in mud huts and yell Zulu, bollocks and humbug." If left alone, Declan may raise himself another, by yelling "another!" and hoping Porter's such a sport that another pint slides around and lands right in his still shaking hands to fuel another tirade.

"Oh yes Declan, what a brilliant outlook you've got there. And don't bother blaming it on the drink. A beer and a half? You're more pitiful than pissed."

He stood, placed a stack of bills on the bar, and seized his jacket.

"But what do I know? Clearly you're far too busy to be troubled by someone else sticking their nose where they ought not to."

He turned and walked out into the now-dark street as the first inklings of a brewing storm pittered against the pavement.