APPEARANCE: Dexter standing at 178cm. He has red curly hair with some spikes at his crown and a short mullet. He normally wears his blue glasses and he also has blue eyes. Most of the times he is seen wearing a white lab-coat, the top half buttoned while the bottom is left unbuttoned. Underneath he wears a turtleneck black shirt. He wears blue jeans tucked into black boots. In addition to that he also wears white gloves, covering his cybernetic hands. In his school uniform, he still wears the same only his white lab shirt more open, and without his blazer, only wearing it on important school days.

Badass Baby Bookworm:
Born to a half-British, half-Japanese man and full-Japanese woman, Dexter grew up with a mechanical scientist of a father and a medical doctor of a mother. Living in Tokyo, he was encouraged by his parents to read books, instead of sitting in front of the television as he would as a child. After a while of rebelling against the idea, he picked his first book (a children's book, mind you), and was overwhelmed by how it stimulated his mind. He could see, head and feel the vividness of his emotions being connected to his imagination, and from then on, became a very avid, both in fiction and non-fiction. The only place you could really find him was stick with his nose in a book.

Bullied throughout elementary school for his above-average intelligence, observations and high test scores, he would constantly take the beatings against him by the school bullies without a word, still powering through his school life of loneliness, and transferring school twice before he fought back, either with his nose in a book or with his headphones on, listening to 'Amethystium' or any other music with a modern classic taste to it.

It was in his last year of elementary school that his mother became a housewife and began working as a medical consultant from home. It was also at this time that Dexter gained his huge resentment against the entire world, slowly giving in to his dark desires day after day, until one day, during a class he was sat in, just as the teacher was walking out of the class and witnessed him being bullied once more, he picked up the chair he was sitting on and mercilessly beat his bully with it, heavily injuring them in the process.His heart had become cold, he had become apathetic to those around him, and he hated everything and everyone, and would rather stick his nose into one of his many books or with his small black headphones on, whether reading his study books or just his own fiction ones.

Ice King of Bookworms Everywhere:
Going into a prestigious science orientated middle school, because of the incident that occurred in the past, he was forcefully paired up with a girl, by the name of Aya, who would 'watch over him, overseeing his every move in school', so that no incidents would occur and stopping anyone who would bully him. He would push aside her may, many advances to make friends, only calling her 'His Watch-Man'. He became arrogant and began to take great pride in his intelligence, becoming a self proclaimed genius. He also had the ability to prove it too.

Dexter would begin to warm up Aya after a day he witnessed  her being bullied and pushing back with a chair he threw out the second floor window (luckily not hitting anyone) to scare the female bullies away. He, for the first time, gained a friend and also his first lover interest. Even though they tried dating, they both got to the point that their ideals weren't compatible and were better off as the close friends they were, finding themselves to be more comfortable this way.

His last year in middle school was an eventful one, and what turned him into what he is now. During a science experiment at his school, one of the faulty gas pipes burst, sending the invisible aroma through the entire lab. evacuating their students, Dexter stayed behind to fix the leak himself, volunteering to plug the leak until the teachers came to block the room. Just as he opened the closed sliding metal door to the lab, it created a spark, which, incidentally, ignited the gas in air, burning him, which in turn ignited the gas in the pipes destroying the room, and with it's foundations now in shambles, the entire south-wing of the science building collapsed falling onto the young boys head. Burned, mortally wounded and with no help looking like it would be on it's way, he closed his eyes and smiled, promising himself on that last strand of hope that he would dedicate himself to creating a better world for himself if he ever got the chance.

Harbinger in the Life-Fluid Filled Tube:
His father, having found his son on his last string of life, began to rebuild his son to his former glory. After the events of the Chair-Demon, Dexter had become cold, even to both his parents. Wanting to find a way to get closer to his hurt son once more, he began building his son's bionics. Since his son had lost his arms, legs and mostly damaged his torso, he gave him new body parts, know it was the only way to save him, and keep him alive to experience life in a new way.

Dexter awoke months after what had happened, finding himself to be alive. At first he cried out of fear that he died, but he looked around a bit, with all the scientists around him, including his mother and father, and reassured himself he was alive. He next assessed his body, and found it a bother that he was mostly machine now, since it was stiff and heavy, but since his arms and leg joints were also machine, he didn't seem to mind if this was his predicament. His skin was slightly darker than his original skin tone, he needed glasses now and he would need to maintain his body every once in a while, but he went through it all with his continuously growing mature mentality.

Praised by both his parents by the way he acted, accepting his predicament, this ignited him, for the first task of him changing himself for himself, by shouting at both his parents, surprising them both. Going on about how he, in the past, wanted them to be persistent with their relationship with him, how he wanted to go into medicine, and why he had tried to save his classmates. after a few months of therapy, Dexter collapsed after a long day of 'training', going into extreme pain. researching a bit into his predicament, he was given the diagnosis of the NETWIRE syndrome (Nerve-to-Wire Rejection Syndrome); a syndrome where the user of robotics, be it limbs or organs, is unable to use the nerve endings around the specific replaced part, and causing rejection, and ultimately, the death of the user if severe enough. His body fought back against his bionic parts, which in turn, he would have to begin invading his own body with new 'parts', turning him more and more machine by the day.

He went to a new high school, wanting to find Aya, as the 'Demi-Cyborg Genius', he was greeted by a tearful Aya, who had tried to visit him in hospital, but wasn't allowed to, and his peers from middle school, who had graduated and come to this high school, greeted him well, accepting him back as their hero. Going back to being the bookworm he was, he began by just greeting his classmates and smiling, which would sometimes frighten his peers due to them only knowing him with a scowl on his face, but slowly became notably more mature in personality, being less arrogant and more caring than he was.

Having another-but-less major NETWIRE syndrome attack, his parents said that Dexter would have to move to a different school that could cater for his indeed painful problem. Researching a bit, his mother found Yamaku to be the perfect place, and his father promised his son he would back him up to help him out with new parts and taught him his body's assembly before enrolling him into the school. Dexter, making his mother buy him a lab-coat so that he can wear it reminding it of him, as he had his father's machinery around him all the time, he changed his entire clothing style to that of a game character he saw once and liked, and began to smile a lot more. He also saw this opportunity as a fresh page to fill, he goes to Yamaku as a new student, hoping to fulfill his needs as he slowly becomes the Machine Genius.

PERSONALITY:
He has a calm but strong personality. Keeping his arrogance about his intelligence from the past, which is slightly toned down, he can be truthful, but softens his words for the people around him. He is also very mature and caring for those close to him, and is friendly to strangers and his peers, always amused at something with a soft smile never leaving his face. He is also very serious about other not provoking him, as when angered, he knows he could repeat the Chair-Demon incident, but due to a mechanical fault in his arm bionics, when angered, his arms make an audible clacking noise from the constant forward and reversing of the cogs inside them. even though he knows this, he'll use that as a warning siren to calm down. To his friends, he's a quiet but crazy boy, who loves what he does and loves them as well, spending time with them as much he can. 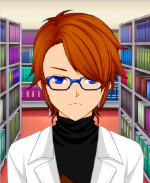 Before I greade the profile I'd just like to point out that we don't allow profiles to use pictures of canon characters from other universes as their profile pictures... While I have no idea what "FusionFall" is, the picture was instantly recognisable as Dexter from Dexter's Lab to me. 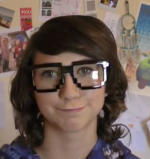 For the love of... Anyway, If we run by that basis, I've gotta change Ryuu's picture as well, since he's got one of 'UraPri's canon characters pictures as well. Will do, boss.

If I'm to be perfectly honest, we're kinda flexible on this rule, but the general principle is that, if you're hell-bent on using a canon character as your profile picture, only pics of very, VERY obscure characters are allowed, and even so, you still can't use any official material of them, just fanart. So Ryuu should be fine, but Dexter will have to change.

Ill decided that, i think i can just bump every topic ignored in the past month, we now MOVED here: you can reapply and be part of an active community there: