APPEARANCE: Standing around 5'10, he is tall compared to his peers, due to his nationality. His orderly Autumn hair extends no longer than the perfect length and his Ambrosian eyes, framed by soft glasses, scream the telling of both a fickle mind and a large intelligence. His features are soft, and the glare he often gives to those angering him is soul rending, frighteningly so. His skin, a creamy white not usual for a male, radiates flawlessness and his hands, delicate as they are, are sometimes seen clutched in a fist at his sides. Though his clothing styles differ, he is usually found wearing some form of Blazer, Dress Shirt, or Polo. For a form such as his, it is surprising to note that he is rather muscular as well. Though it is only a leanness that doesn't show through his clothes.

BACKSTORY: Originating from a wealthy Scottish family who's great-grandparents moved to Japan for a better life, Atsumori lived a rather pampered life. His house was large, his mind was even larger, a knowledge inhabited it that had been around since birth. That was it, he hadn't any stories to recall or tales to recount. No matter how he hated it, how he wanted a story for himself, he never got one. Though, it all changed in the summer of his Eighth year of school. While on his way to his home, having been gone to an acquaintance of his father's house, he was involved in a wreck. It wasn't a very large one, nor did it have many harms, due to his car being one of the safest on the market. It did, however, have one major damage. Atsumori's leg was mangled in the crash. The doctors were able to reconstruct it nearly flawlessly, though he'd never be able to walk without a cane again.

PERSONALITY: Usually stoic and soft spoken, Atsumori tends to stray towards literature more than friends. That, however, doesn't mean he'll go without them. If anyone were to try to befriend him, they'd find under his outside appearance lies a more caring and humorous individual. He can also be rather stubborn at times, as well. This is all but proven by the fact he occasionally walks around in pain, without his cane, because he doesn't want to seem weak. While not easy to anger, he has a line not be crossed. If it is, warnings will be issued. Should these not be followed, however, he will put years of self defense classes into good use, (Even if it makes his leg dry out it agonizing pain.) depending on how pressing the matter is.

Surprisingly, despite his looks and origins, he isn't a very formal person. In fact, his speech is about as refined as a normal person's. 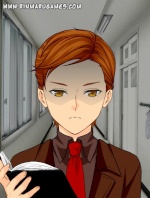 The appearance and personality seem well thought out, but the back story is pretty short. While I understand you even have written in it that he lived a pretty boring life, there is still a lot you can define and tell us. For instance, who are his parents and why are they wealthy, what kind of schools did he attend as a child, did he have any friends back then, did any of the subjects interest him more than others, does he have any hobbies at all, and many more things that could help flesh out your character's background. I believe you've put a fair amount of thought into the character itself, but I can guarantee that there will be more things you will want to put on there if you really think through it. If you're having trouble coming up with ideas, you could look through the already approved characters (http://www.ksnewgen.com/f22-approved-characters), and perhaps you'll find something that'll give you some inspiration.

Once you've edited your profile with additions to your backstory, make a post here and we will look over it again. Also, if you have any questions feel free to ask us here, we'd be happy to answer them. 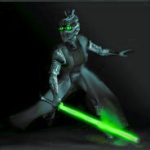 Ill just post the link here, but read the story anyway, its great and alot of efford was putt into it!


Ill decided that, i think i can just bump every topic ignored in the past month, we now MOVED here: you can reapply and be part of an active community there: