[PRIVATE] The Rift of the Hedgehog's Dilemma

KS: The New Generation :: Roleplaying Area :: The Town :: The Shanghai

[PRIVATE] The Rift of the Hedgehog's Dilemma

The Rift of the Hedgehog's Dilemma


Ryuu walked into the Shanghai, feeling a little out of it as he would be feeling these past few days, but a little better than most. He looked around at the Shanghai, seeing it to be empty as it would be most days. Sighing audibly, he made his way to an empty seat and sat down.

Taking out his phone, he sent a text to Jimmy. He hadn't seen him in a few weeks, and after seeing the Doctor, he thought that the best person he could talk to after the current circumstances.

Hey mate. You in town? I'm on a break at the Shanghai? Let's meet up if you're free A.T.M.

P.S: Why does the name still sound authentically Chinese to me?

He frowned silently before turning his attention to the front window. He sat there, thinking to himself, wanting to get himself out of this... whatever he was in. And as his Grandparents would say: "Action for your Words, NOT Words for your Actions".

He waited for a while as he awaited Jimmy's arrival to the small tea shop. 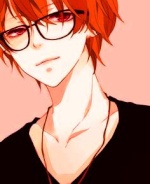 Jimmy gave a small as he received the message from Ryuu. He was sat on a bench just outside the dorms, just watching the other students pass by he saw lots of faces, some familiar, some unfamiliar. All had some kind of pain behind their eyes. Or, that's what Jimmy saw. Perhaps he was just projecting his own feelings onto others. But perhaps there was something real there, he assumed that all of the students of Yamaku would struggle with their disabilities. Most had probably lost something or felt some kind of disconnection to 'reality' because of it.

Regardless, Jimmy hadn't heard from his friend in a while, and he'd been feeling himself slipping into a dark space again. His visit to Tokyo had shown him that. Pretending to hold it together was tough, but doing so for those that are close to you makes you feel like the loneliest person in the world. This message gave him a moment of happiness in just imagining hanging with his buddy at the nice, rustic teahouse in town. He fired off a quick reply.

'Yo, man. Haha, it does sound Chinese, doesn't it ? Odd choice of name for a Japanese teahouse... Sure thing. I've nothing else going on right now. Just bear with me while I make my way to town with this bloody oxygen tank!'

And with that, Jimmy set off.

It took him much longer than he would have liked to get down the hill and into town, but he made it eventually. The spring air was warm and welcoming, but his mind still lingered on thoughts best left alone. He entered the modest, tucked away teahouse and found Ryuu sat at the only occupied seat. The Shanghai was always a very quiet spot, Jimmy often wondered how the place continued to stay in business with the small amount of traffic it usually received. He took the seat opposite his friend and waved to get his attention.
"Hey. How are you doing?"

Ryuu was still in a daze as Jimmy had walked over to him from the front of the tea shop as he had entered it.

Hey. How are you doing?

This jolted Ryuu out of his blank mind and back to reality. He looked at Jimmy, analyzing him with cold eyes; memorizing his face, the clothes he wore and then then his attention to the bulky thing of an Oxygen Tank that he would be normally be pulling behind him.

He smiled slightly without answering the question and gestured to the seat directly in front him and then directed his attention to his red coat beside him on the floor, unwrapping it to reveal his tablet and turned on the screen, tapped on it a bit, navigating to the notepad app he had on it then wrote something on it before holding it in his hand, using the table between himself and Jimmy and something to rest the underside of the tablet onto.

{Hello, Jim. How have yo been? Haven't heard from you in a while. How have you been holding up? You want to order anything? I'm pretty hungry personally. I still haven't ordered yet.}

Ryuu then turned his attention to the maid that was standing at the counter, who had been eyeing both figures since they walked in. He raised his hand and gestured for her to come to then while pointing to the menu he had on the table. She nodded and picked up another menu from the counter and walked towards them placing the menu on the table in front of the seat that Ryuu had told Jimmy to sit at.

"If there is anything else I can help you with, do call me again," the maid said to Ryuu before bowing to both him and Jimmy, then scurrying off towards the counter.

Ryuu then turned his attention to his friend and nodded.

{So, what's new on your side of the Lifestream?} He asked Jimmy.

He took a hit from the oxygen tank and continued responding to Ryuu's note.

"Suppose I'll take a coffee and a sandwich. Ready to order when you are, man, just let me know. Anything new? Not too much. Just got back from visiting my family in Tokyo for the weekend. How about you? Have you had any fun new developments in your life recently?"

Similar topics
» (PRIVATE) Why must you always be right...
» (Private) Man to Man
» (PRIVATE.) Tell me a bit about yourself?
» [PRIVATE] Visitation Time
» [Private] Just Another Day

KS: The New Generation :: Roleplaying Area :: The Town :: The Shanghai